OK, so we decided to go travelling with a young kid (2 1/2) and a new born baby. People thought we were crazy. We thought we were crazy. We probably are, and there have been several experiences which have stoked the fire of this pessimism. First of all it has been hot, really hot. Makes it hard to do much with the kids and what little we can do is punctuated by regular applications of suncream, on some days we practically dip them in it like a calamari in aioli. Didn’t stop our youngest getting a touch of a red face one day, leaving a tan line around his dummy. You’ve heard about panda eyes, how about panda mouth!? We called this our second ‘Parenting of the Year’ award (the first being when we spent our last cash on a beer on the beach, right before Barney came and asked for some water!).

And then there is the baggage… oh so much baggage. We were never the lightest of travellers in the first place, what with all my cameras, books and surf stuff, and Ida’s diving stuff (yes that does include weights, actual weights). Chuck in a pram and a baby nest and god know what else for the kids, and you have more baggage than we can physically carry. This wasn’t such a problem when we checked into a nice resort straight from the airport but the next leg of our travels took us to the small, laid back, beach island of Nusa Lembongan. We had to drop off a suitcase in Sanur before we left, and even then we still couldn’t carry everything in one go. 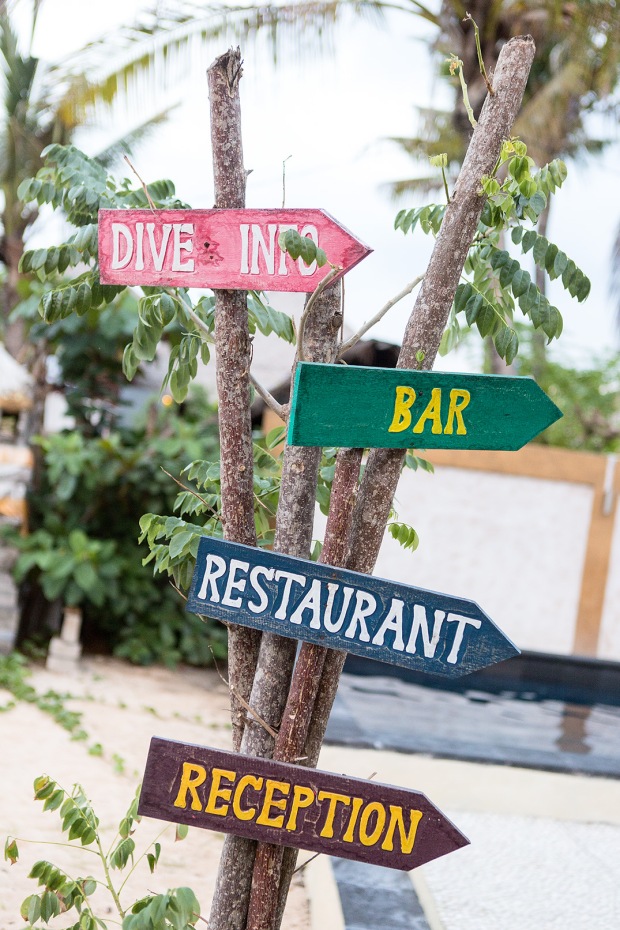 Nus Lembongan is a deliriously chilled out and unique place which gave us some of that traveller feeling, but with the ‘mainland’ still in sight in case of any emergencies. What we didn’t anticipate was that the emergency would most like be coming from the journeys there and back. The fast boats which are touted up and down Sanur coast, are death traps, but we had no idea how ludicrously fast and un-safety-conscious they would be. It was quite choppy on the way over and our boat was literally airborne on several occasions, with people screaming and the kids crying. The waves were so big that the horizon would be completely obscured by looming waves the one moment and then the sea so far below us the next that all we could see was sky. We thought the boat would break in half at times.

Boat trip: Parenting of the Year Award #3? We certainly were not in any rush to get back on the boat so we booked for a week, in a ramshak hotel right on the beach. There was a little infinity pool, a well-regarded dive centre and it was a short walk round to the excellent Playgrounds surf break, all in the shadow of the cloud-clad, ominous Mount Rinjani across the water in Bali (which apparently has been erupting this week, not that we had noticed). 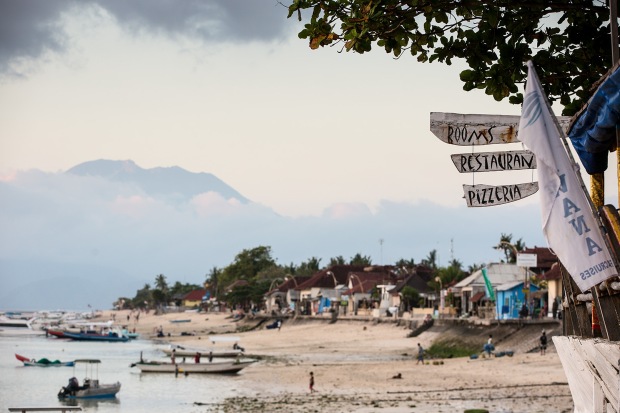 A week was enough because it was noticeably hotter over there and the sand was starting to get into everything. Barnaby has gone full feral by this point, scuttling around the mouths of storm drains looking for crabs, bearing his teeth at anyone who tries to say hello. But we did fit a lot into our time there, now I think back on it. I would like to write a travel article about the place in fact, though the experience was somewhat tempered by the news that one of the fast boats the day after ours had caught fire and two travellers had died, along with several injured. 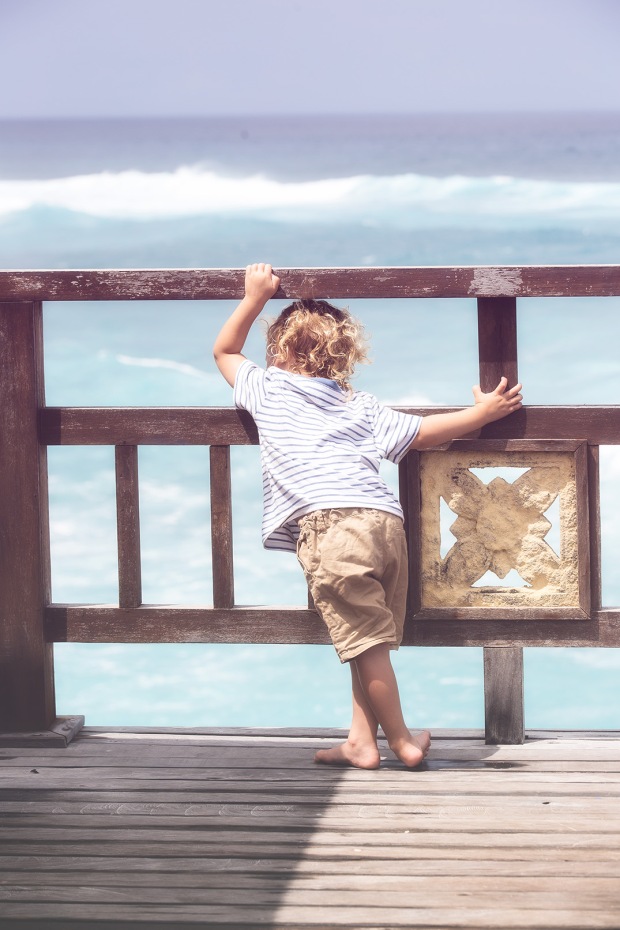 I certainly would think twice about taking the kids over there again, and out relatively basic hotel didn’t afford us much variety during the day. But those memories of bumbling up and down sand covered roads in open backed ‘bemos’, with Barnaby grinning ear from ear, and sitting on the sea wall eating with the locals whilst Ida and the kids looked for hermet crabs on the beach, and passing Severin around different broody hands, taking photos and drinking ice cold beers, countless amazing sunsets, meeting people from all over the world, happy hour cocktails and pirate smoothies for Barney, getting ripped to shreds by the local kids in the surf and loving every minute of it. Lovely memories, stuff which on balance outweighs the difficulties of travelling with kids and makes memories for life.

I have been a bit cursed with bad luck so far this trip, though others would call it bad decision making I’m sure! On one night I was trying to get online to pay some bills back in Norway, when an enormous wave came over the sea wall and wiped me out, along with my computer and my hard drive. I managed to turn my back on it at the last moment and shelter the laptop, but in doing so I inadvertently cast my external hard drive into the wake. I had to pick it up at my ankles when it was about to wash back out to sea. All my perceived hardship of travelling, worrying about the kids, the stresses from back home… it all came to head at that moment when I plugged the memory back into to see if it had wiped and it started smoking (tip: never plug it back in! Let it completely dry out over a couple of days first.). I had backed up a lot of what was on there on Bali but couldn’t be sure how much. But, writing this now from Bali, having just got the memory restored, I feel enormous relief and for the first time … ridiculous as it sounds … I am starting to relax and enjoy the holiday. Not that my days are without incident – more on that next week :p

Having restored all my photos I now have hundreds from Lembongan, so here the picks of the bunch, the rest can be found on Flickr. In fact I will have to do a separate blog post on the ceremony we attended in Lembongan and  a little about the history of the island. Barnaby still speaks about it now, weeks afterwards, pointing at every temple and asking who ‘sleeps’ there: even if he is a little young to be making memories for life these experiences are widening his eyes in ways which we could never have imagined. 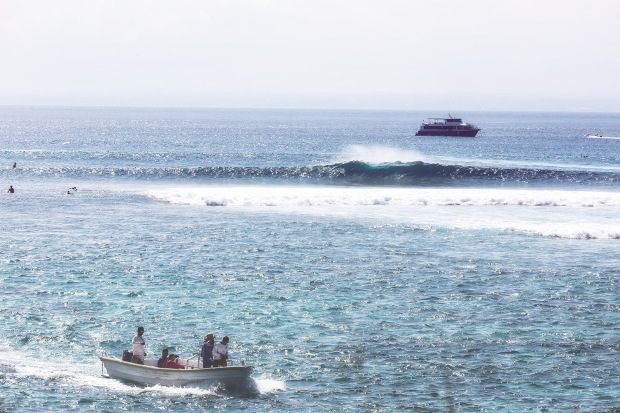 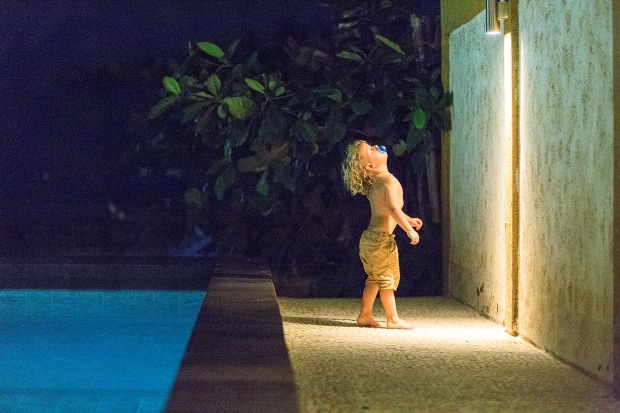 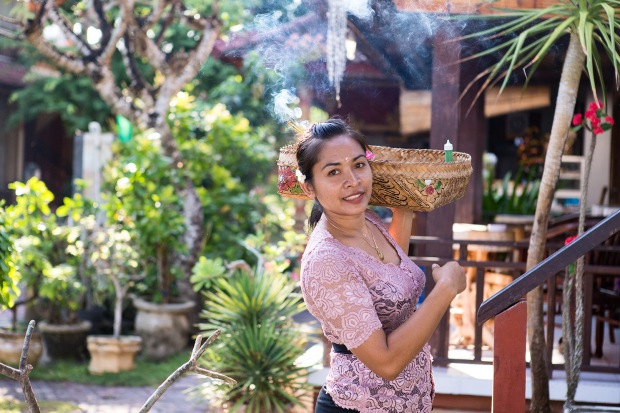 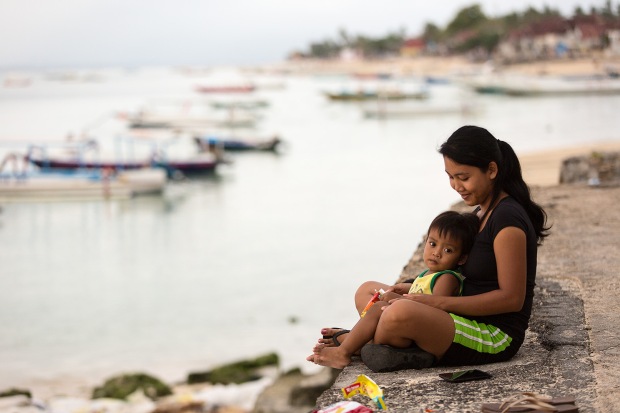 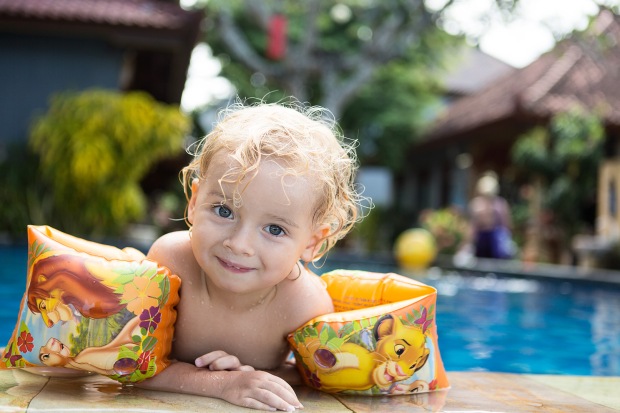 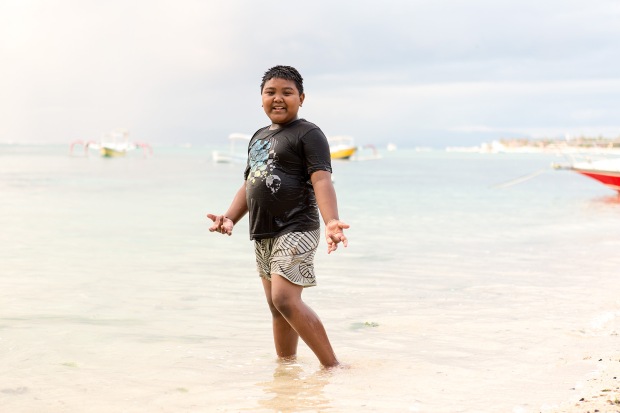 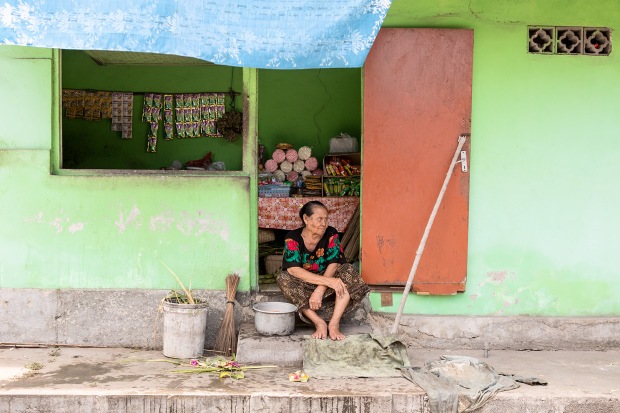 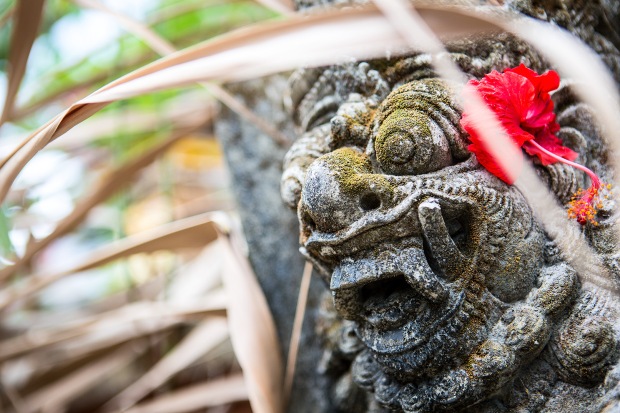 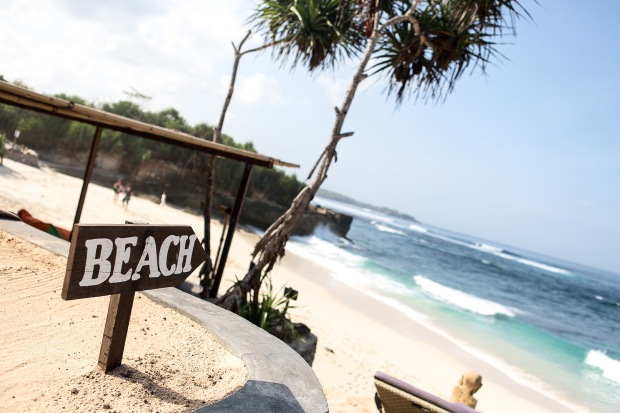 One thought on “Bali – Nusa Lembongan”