Easter is a real feast of a holiday in Norway, and it is fascinating to us newcomers to see how heartily the whole Norwegian population embraces it.

In the UK Easter is little more than a marker on the school calendar; a swollen half-term, with some religious origins swimming in sea of sickly milk chocolate and head-scratching bunny ears. It might just be me, but I’m struggling to think of any activity or tradition which my family would do specifically at Easter?

We travel to my wife’s family’s cabin on an island outside of Rørvik, a small fishing community which is so passionate about the fish they even have a whole festival in its honour each year! I have been back and forwards up and down this stretch of the coast a lot this season. It has involved a lot of travelling but this is he best of Norway on a plate: closeness to nature, food and producers. Here is the photo story of my Easter, without a chocolate bunny in sight!

First stop was to pick the kids up from nursery. It was an early Easter this year, and it has been a long deep winter. So there was still lots of snow all over the country, bathed in warm sunshine. The perfect setting for the holiday period, which I think is one of the reasons for Easter being so embraced in these climes: plenty of snow on the mountains, milder temperatures, with long light days, a welcome respite after the darkness of winter.

Next, after a long journey up the coast, was Rørvik for the Skreifestival. You can read all about it in the latest volume of The List. 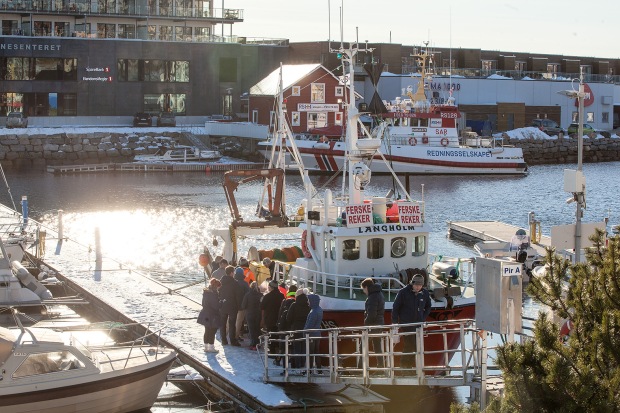 One of the things I love about visiting this part of the world is the variety of fresh seafood on offer. You can buy fresh prawns right off the boat, cooked in seawater on the way back from being fished, fresh as you like! 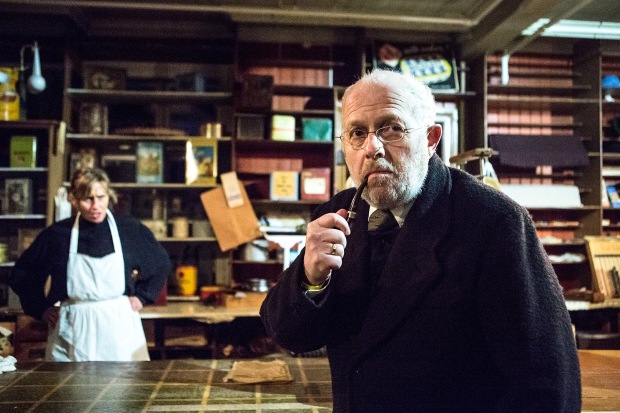 In the evenings there was the opportunity to watch a live wandering theatre in the streets. Quite an amazing performance, involving over 150 actors and dozens of venues around the town. I’ve been coming to this town for years, but this really opened up the history the region, revealing the use of the old buildings. 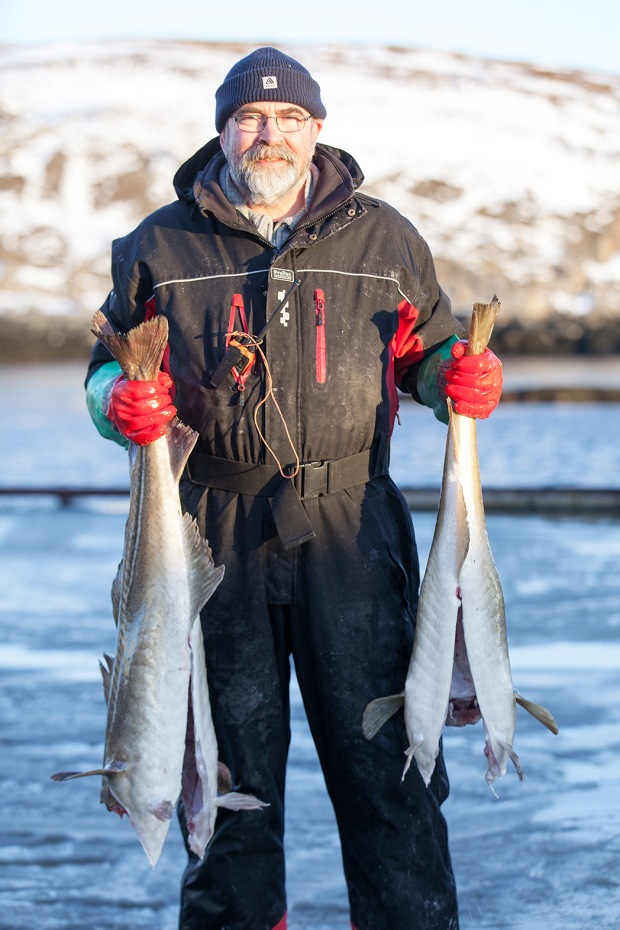 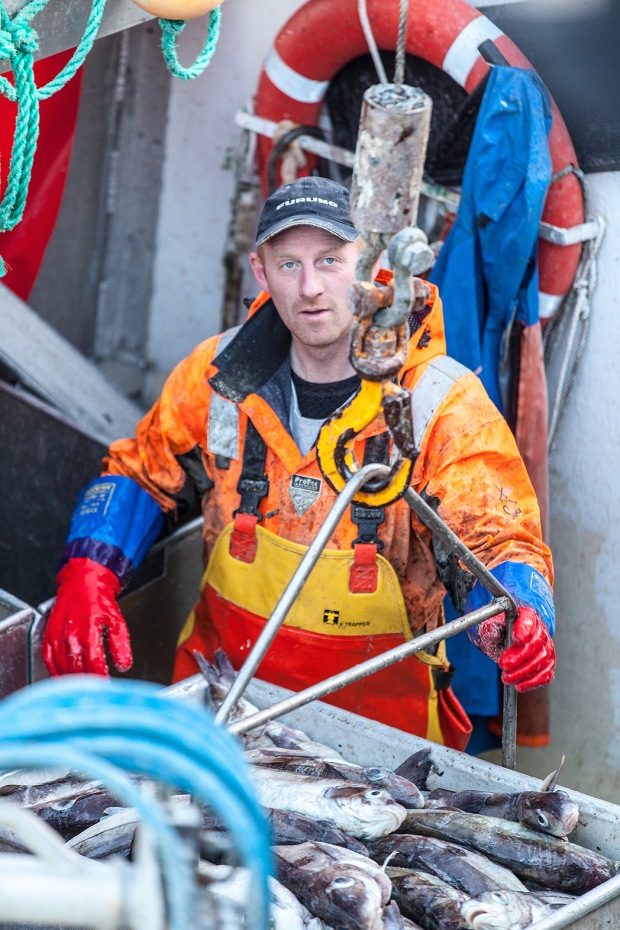 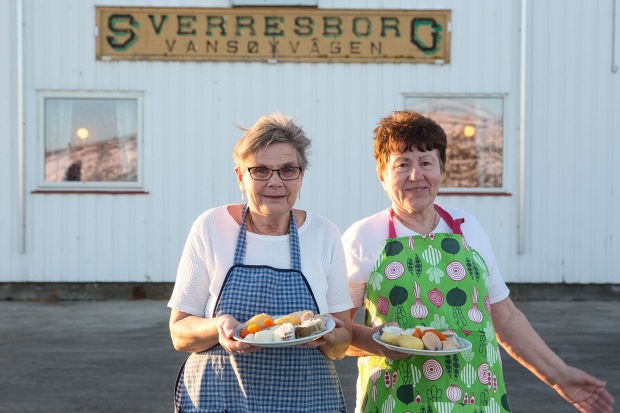 Then I took a boat out to the fishing island of Vandsøya, where professional and hobby fishermen deliver their catch. The thousands of tonnes of fish which come through this surreal, industrial outcrop in the middle of the Vikna archipelago, are processed and  end up in the fish products we buy all over the land. Some of it also made its way to my plate, as they also have a little traditional restaurant, which has just two dishes on the menu. You guessed it, fish! A plate of cod, liver and roe is as traditional as it gets round here, and is a must-try meal. 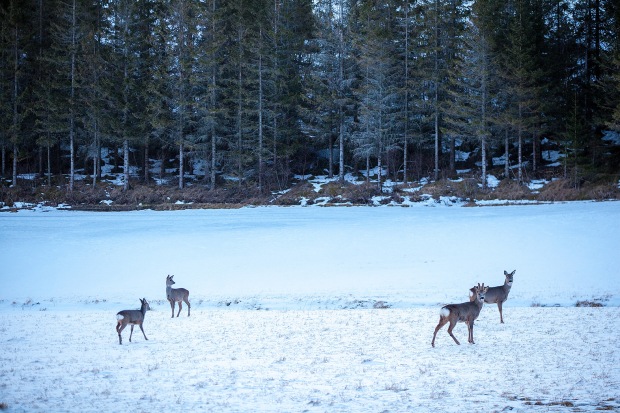 It’s not just seafood round there though, there is a great variety of wildlife, much of it hunted. We have made some contacts and buy venison and elk meat from local hunters. Take a drive in the countryside at dusk and you will see both, almost guaranteed, every night. 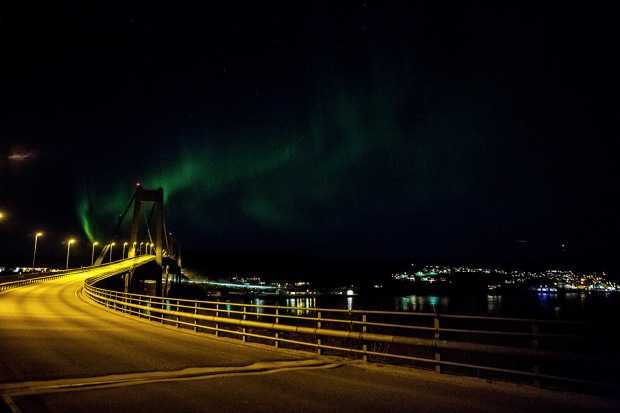 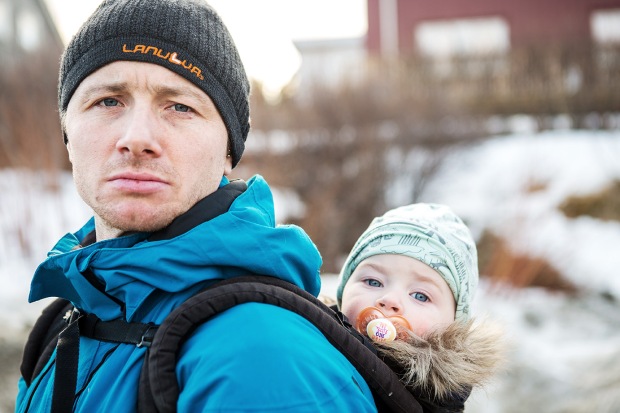 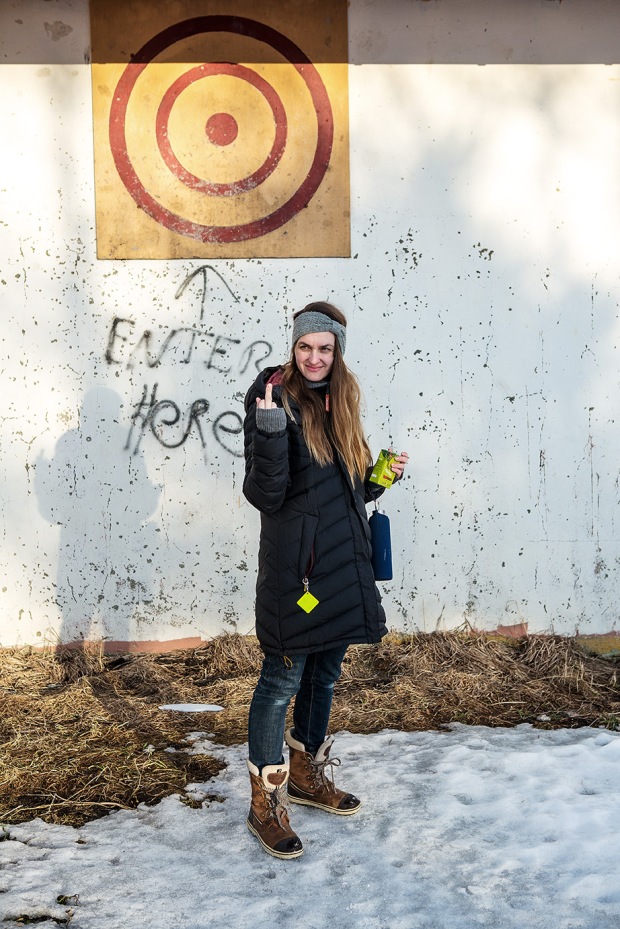 Back in Rørvik and we took a walk down memory lane with my wife, as she showed me her old haunts. Really not much to write home about just a series of bus shelters and and crumbling old school buildings. She won’t thank me for posting this! 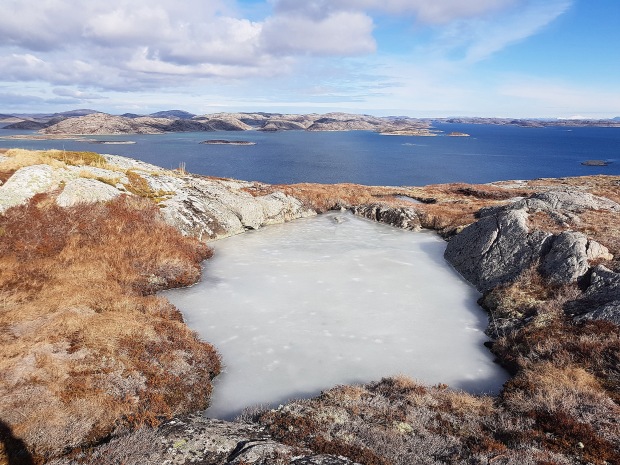 Right, time for some proper Easter holiday time: on the boat and out to the island for a the rest of the week. Like I wrote earlier, it has been a brutally cold winter and the cabin did not have any running water (frozen pipes), which meant dressing warm, daily runs too the well, and an outside toilet! But it also meant for some lovely crisp weather and no amount of snow was going to stop the eater egg hunt! (oh shit, the chocolate bunny made an appearance after all). And walking the beach in the morning, crunching wafer thin ice underfoot, was a real treat for the senses too.

It was also a celebration of wildlife and nature. We saw killer whales (too far away to photograph on this occasion unfortunately), otters and loads of sea eagles. But the real treat was the fishing trips, especially watching my wife free dive for scallops! 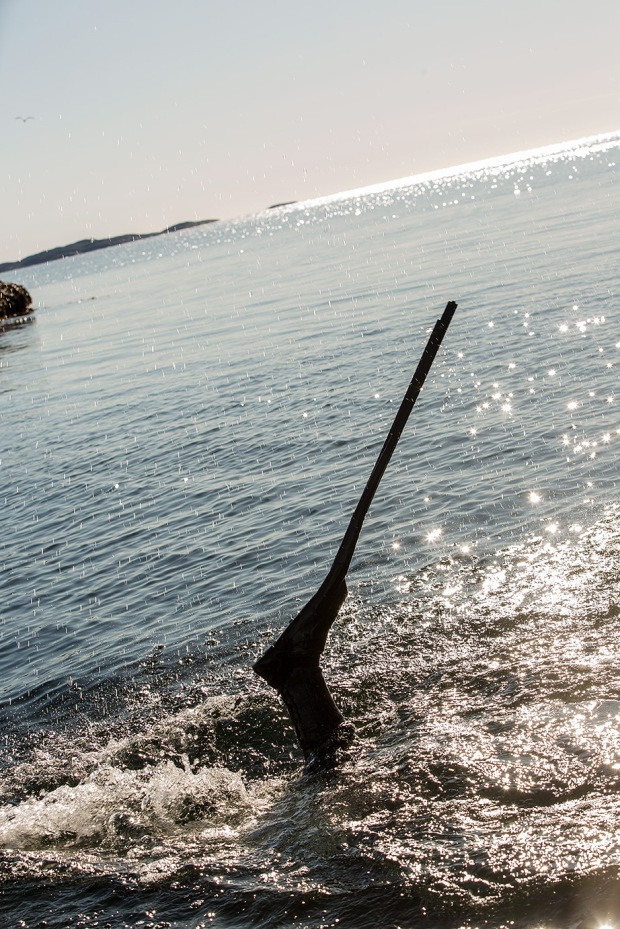 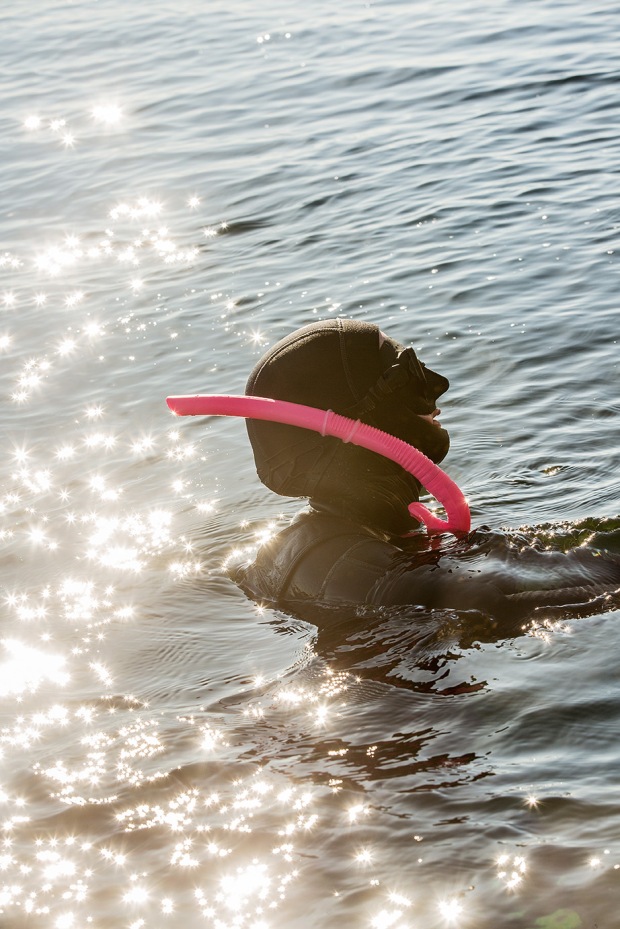 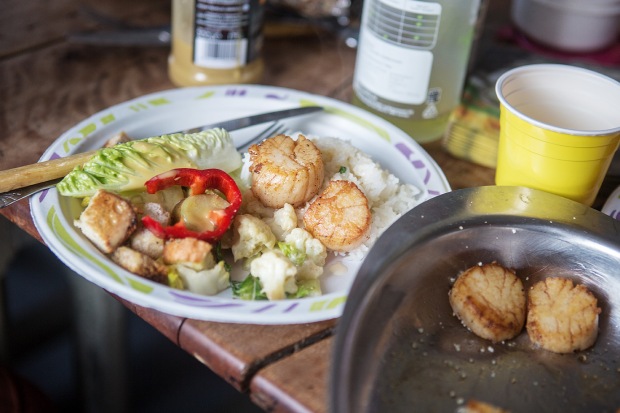 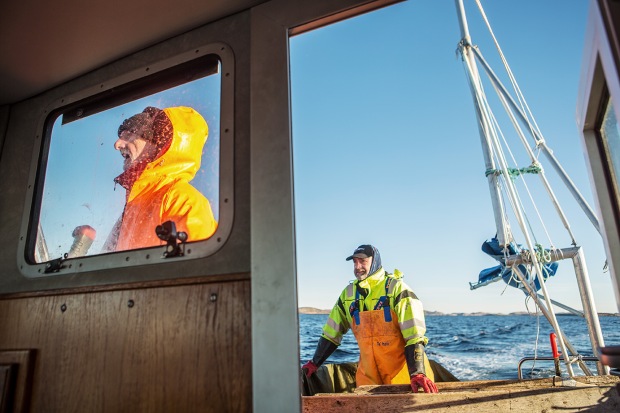 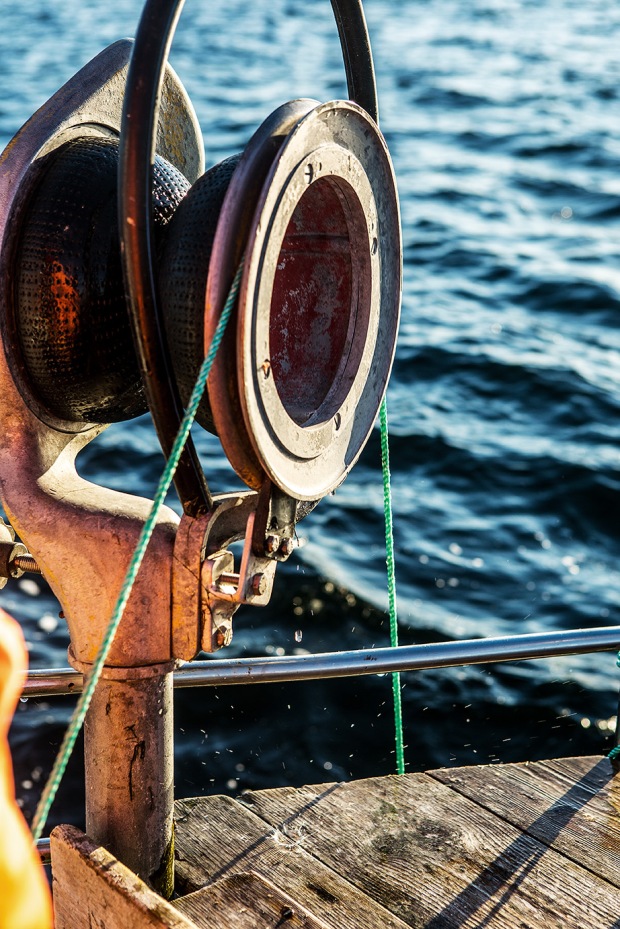 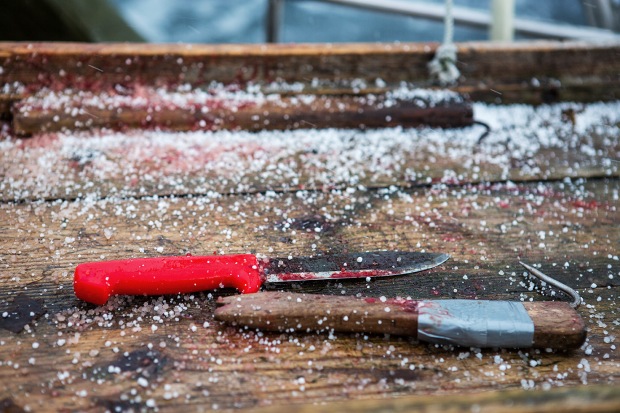 Another day, another island. That’s what you get in this part of the world! This time I was doing some work with chef Thomas Valø and his partner Fredrika, who run a White Guide recognised, farm restaurant, Buøy Gård. I will save the rest of this experience for another post. Here’s a little taster however: 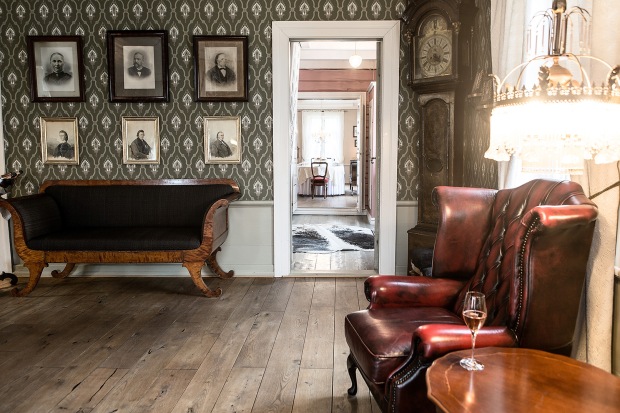 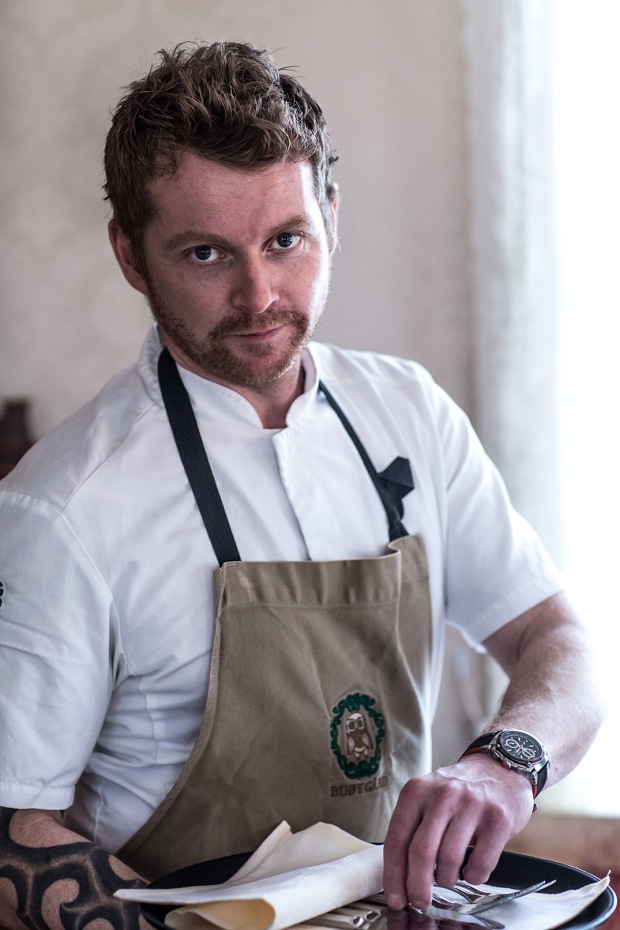 More crazy weather and a difficult drive home. But what a culinary adventure… and not a pair of skis, or a bloody KitKat or Fanta in sight! (you can call them, when you like Norway!). Thanks for reading, hope you enjoyed a peep into our Easter adventures, feel free to comment below 🙂